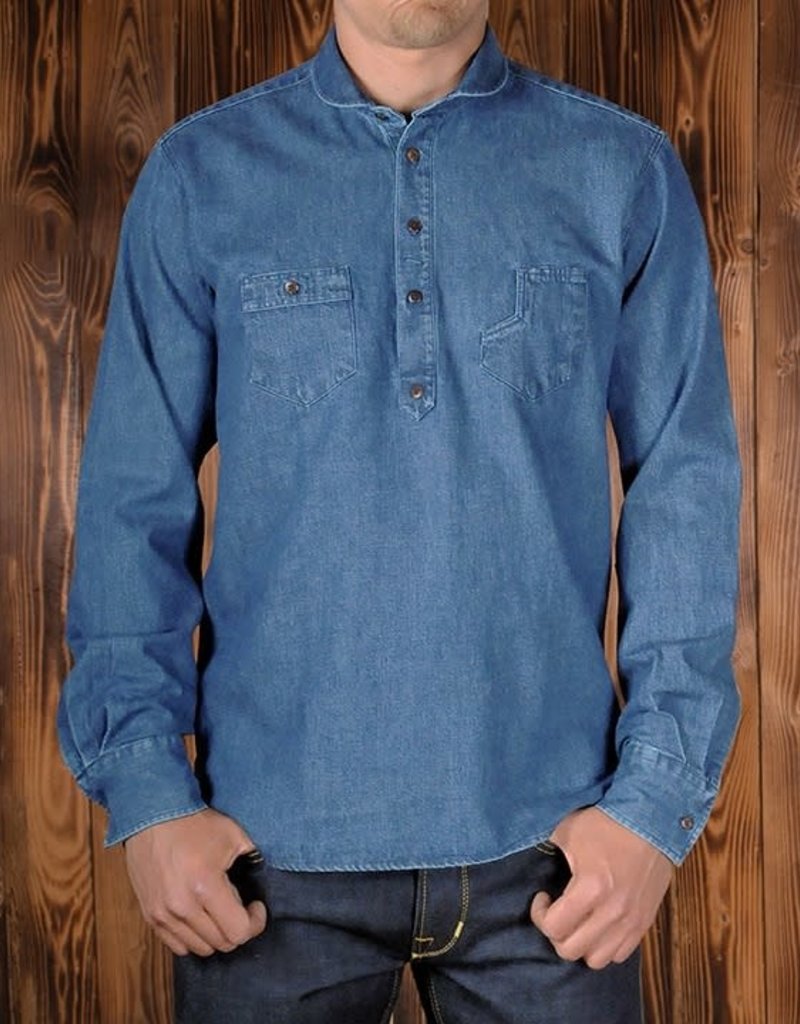 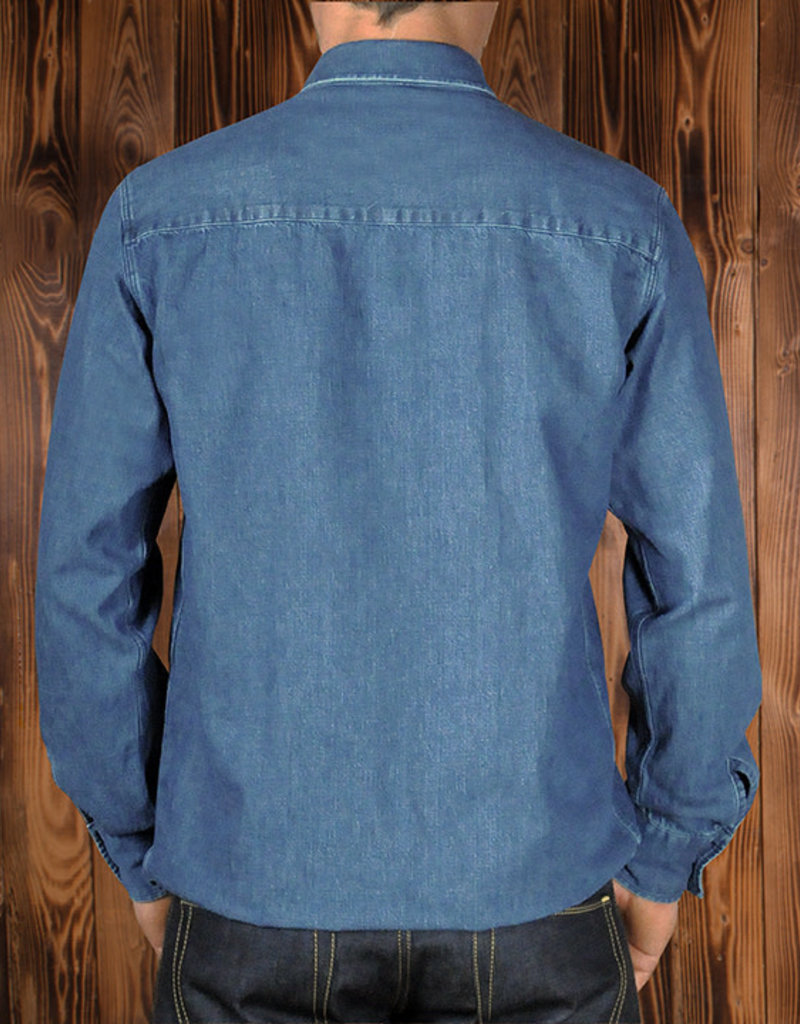 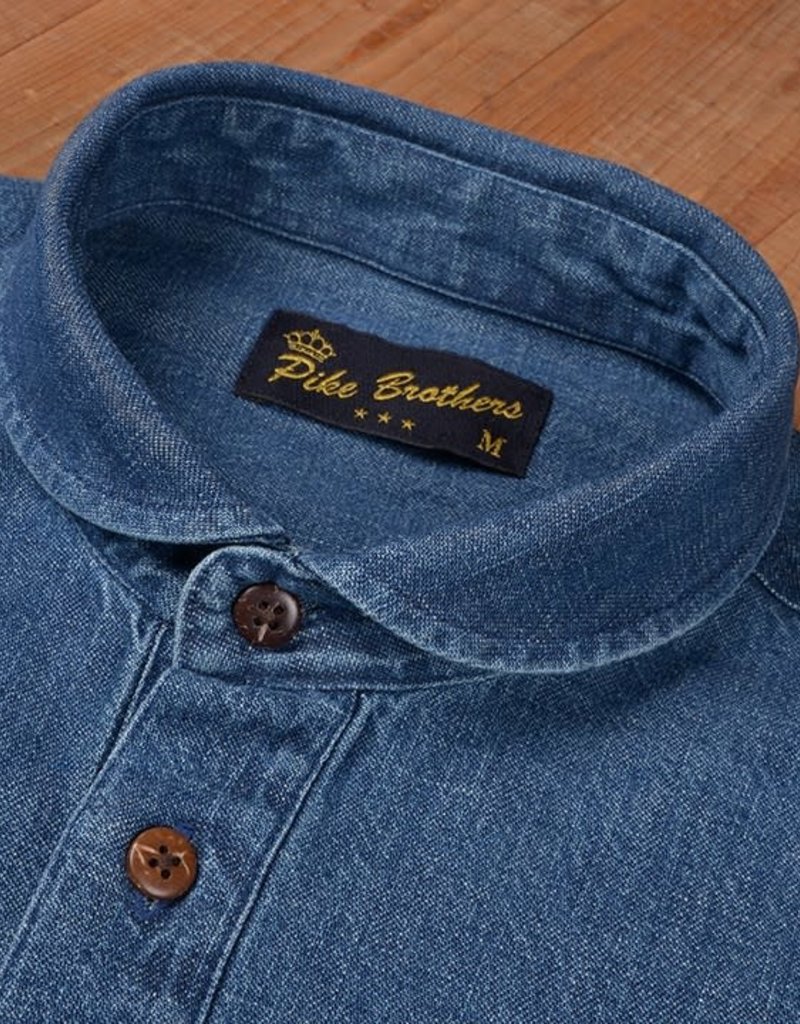 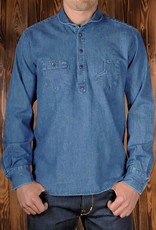 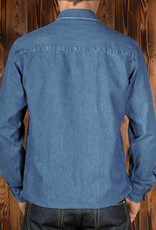 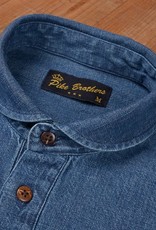 Half buttoned shirts were typical for the late 19th century in Europe and the US. Commonly found on original shirts were stand up collars in all variations and little shawl collars. For our 1908 Miner Shirt we used a traditional pattern with two chest pockets and a shawl collar. Pictures from the gold rush give evidence that these type of shirts were commonly used by gold diggers and all sorts of daring entrepreneurs during that time.
The fit is rather slim since they were also often used as an undergarment.
An additional detail is the asymmetrical chest pocket. During the late 1900s and early 20th century small chest pockets were often used for storing a pocket watch. For that reason an additional button hole was added. A feature that is also found on our 1908 Miner Shirt.

Add your review
0 stars based on 0 reviews